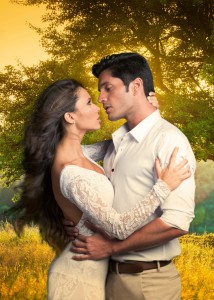 “With the evolution of television and the current changes in behavior and trends among generations of audiences, we are anticipating the needs of our clients in the U.S. Hispanic market, Latin America, and abroad.  As a result, we are working with Venevision to offer new telenovelas with dynamic plots, shorter scenes, fewer characters, and variations at different stages of the story to enable editing for multiple platforms,” stated Marcello Coltro, EVP, Content Distribution of Cisneros Media.

“Venevision is a well-established brand in the telenovela genre, recognized for its quality of production, classic stories, and featured authors and writers; and we are proud to collaborate with Cisneros Media Distribution in our continual resolve to accommodate current audience behavior, both nationally and internationally, and to incorporate the latest trends in the industry,” stated Manuel Fraiz-Grijalba, EVP of Venevision.  “With our vast experience, which spans more than 50 years, and our expert production team, we will continue to strengthen our position in the telenovela market, offering dramatic stories of great artistic value to broadcasters around the world.”

“Entre Tu Amor y Mi Amor” follows the story of a young woman, Sol (Rosmeri Marval), who leaves her country home for the city in search of a better life, without a glimpse of all the threats and dangers that await her.  She falls in love with Alejandro (Daniel Elbittar), not knowing that he is the son of the evil woman who swindled her parents and ordered their murder when Sol was only a baby, and is now prepared to leash out at her to destroy her and take her away from the love of her life forever.

Over time, and thanks to a twist of fate, Sol returns, rich and successful, to take revenge on all those who did her wrong and to recover everything that is rightfully hers.  But revenge will not be easy, or without sacrifice, especially when she has to face the only man she has ever loved.  Ultimately, a web of chronic dramatics, allegedly unrelated, will mesh perfectly together to put in motion a network of synchronized events that will lead Sol to doubt the truth of her past and lose perception of her future, making it difficult for her to distinguish between good and evil… love and betrayal.